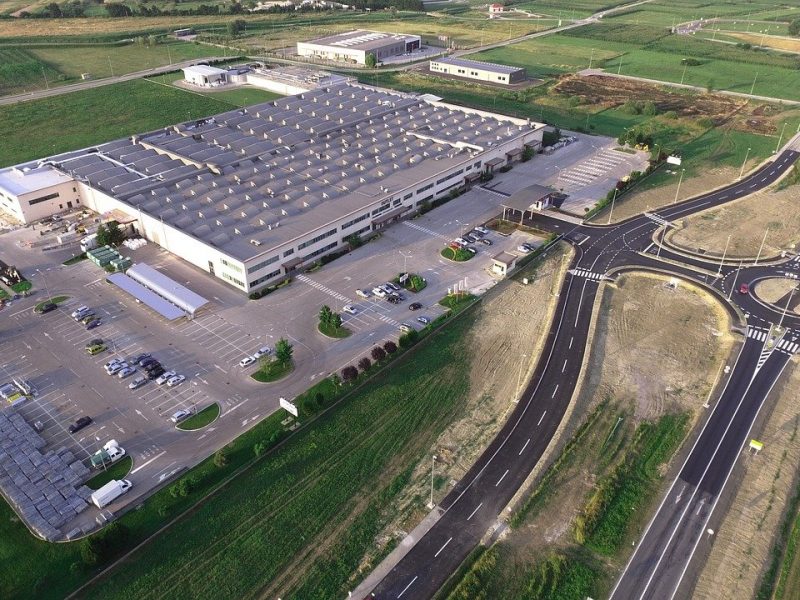 Solar energy is a buzzword of the 21st century. With rising concerns regarding global warming because of fossil fuel burning, it was inevitable that interest in alternate energy sources will increase. What started as just a concept for green energy, now has taken over the energy market worldwide. Solar energy is practically 100% green energy as it only involved the conversion of solar power into electricity without using any hazardous chemicals in bulk and practically being an infinite source of energy for humankind.

Solar energy is no longer just a research concept; in fact, it has now reached into our home as solar-powered electric equipments and solar power water heater. The future of solar energy looks brighter and its economic potential is the further cherry on the top. Here we bring the top 10 up-and-coming solar power supplying industries in Europe who have a great profile of solar energy production.

2. Photowatt : Photowatt is a pioneer when it comes to solar energy and has been in business for more than 40 years. Based in France Photowatt company expertise in designing wafers, cells, and modules and deploying its transformation project by increasing its industrial capacity to 400 MW for the production of high-quality low-carbon ingots and silicon wafers. It is one of the only manufacturing companies of solar panels accessories and products such as solar energy kits.

4. BMC Energy Solution : BMC Energy Solutions is a Spain based green energy solution firm. Its founders are committed to working for renewable energy, energy storage, “waste to energy”, energetic efficiency, and sustainable mobility. Bmc energy solution has a different approach to solar energy business than other companies, as it provides investment opportunities along with helping set up solar parks.

5. REC Group : Founded back in 1996, REC Group is a Norway based solar energy venture. It is considered a giant among solar energy proprietary, with a 16 million customer base. It is dedicated to providing consumers clean, affordable solar power in order to facilitate global energy transitions. REC group specialized in manufacturing solar panel and energy solutions for industries.

6. PWRstation : PWRstation is a Switzerland based solar energy equipment producer which design and market state of the art solar power utilities. It boasts retractable solar racking systems based on the company’s proprietary, EXOrac™-branded racking technology. It claims to have engineered solar appliances to substantially simplify and accelerate solar installations in grid-tied and off-grid environments.

7. Kioto Solar : Austria based Kioto solar company is one of the first companies to specialize in solar panels and photovoltaic cells. It claims to be an expert in its field with a company profile of selling more than 500,000 photovoltaic cell modules every year globally.  Kioto Solar has been consistent and its economic aspects have been dubbed excellent in the upcoming future.

8. Greentec-service : Greentec-Service, also known as GmbH is one of the finest photovoltaic cell manufacturing companies in Europe. It has headquartered in Germany and supplies its products globally. Its outreach within Europe can be assessed by the fact that it manages around 180 PV systems in eight European countries with a peak output of over 240 MWp. The company aspires to expand its reach further globally and working tirelessly toward it.

9. Lorentz : Lorentz is another German company that expertise in manufacturing solar power based utilities and equipment. Founded in 1993, it is very well known worldwide for its solar-powered pumps. It is a pioneer in this technology and has constantly improved it too.  Apart from solar pumps Lorentz also provides pump accessories, monitoring services, and PV modules. Its major consumers are primarily homeowners, farmers, and NGOs which gives the company excellent word of mouth. The vision of Lorentz can

10. Luxor Solar : Luxor Solar is a modern high tech solar module manufacturing company. Luxor was founded back in 2004 and since then its profile has been constantly growing positively. Being one of the premium brands of solar module, not only it produces them but also involved in its research and development too. Luxor solar company has been expanding steadily and now has its reach in more than sixty countries. As of now Luxor Solar company has about 350 MWp production capacities and has been awarded “Top PV Brand” seal by EuPD Research. Furthermore Luxor Solar also has successfully set up solar power plants in more than 18 countries which involve countries such as Japan, Morocco, Sweden, Croatia, Denmark, Italy, Egypt, Norway, and many more.

With the industrial revolution of the 20th-century technology has taken leaps and bound which also helped to expand the economy and improved the standard of living, but along with this advancement it has caused irreparable damage to our environment and it will take many decades to undo the damage which has been caused. One of the primary sources of environmental pollution has been energy generation using petroleum crude and with the population rising, energy demand has been growing constantly. In this time of crisis solar energy has been proven as a blessing to humankind. Not only it is cheap, but also it is sustainable and infinite in nature. It is also eco-friendly and economic aspects of it look very bright in the future. It is an excellent economic opportunity and energy market for it has been growing constantly. The aforementioned companies will likely play a key role in solar energy in near future.

Thanks for reading the full article.

If you are looking to promote your solar industry products on our website feel free to write to us: [email protected].