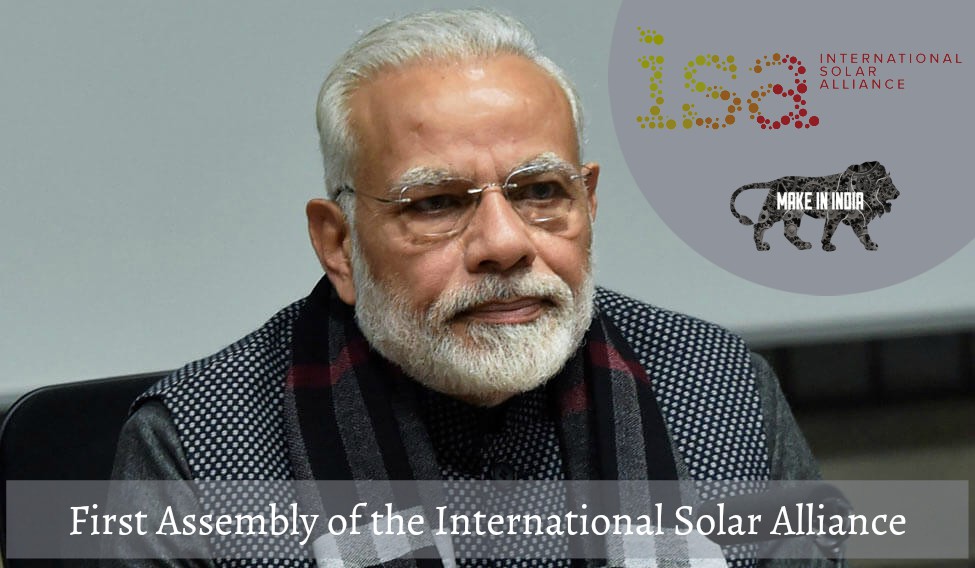 He also announced the “universalization” of membership for the first treaty-based international government organization headquartered in India that will help provide a platform for climate justice.

The effect of increased use of renewable energy is now visible in India. India is working towards the goals of the Paris Agreement through an action plan. He said that the target is to generate 40 percent of India’s total energy requirements in 2030, by non-fossil fuel-based sources. He said India is developing with a new self-confidence of “Poverty to Power.”

Also, efforts are being made to make India’s transport system clean fuel-based. He said that by converting bio-waste to biofuel, India is converting a challenge into an opportunity.  He emphasized that if the dream of “One World, One Sun and One Grid” is followed, an uninterrupted power supply can be ensured.

India will move the proposal to make all UN members eligible for ISA membership.

ISA envisages 121 sunshine countries that lie partly or completely between Tropic of Cancer and Capricorn. This amendment will help countries such as Germany, Italy, Nepal, Afghanistan, Spain, and Tunisia, which have evinced interest in becoming ISA members. Pakistan and China have also shown interest in becoming a member of the alliance.

Modi said ISA should not be limited to the tropic but the world should get benefits and added that Guterres’s presence reflects the importance of ISA for the UN.